It is no secret that global warming has pushed the need for energy science to an unprecedented new high. The universities you will attend are at the forefront of making new energy technologies. Geo Thermal, Solar, Hydro Electric, Wind, Ocean and even Cooking Oil are apart of this new frontier. The universities will teach you how. Look for schools who participate in competitions dealing with energy science.

Solar Energy Solar energy technologies include solar heating, solar photovoltaic, solar thermal electricity and solar architecture, which can make considerable contributions to solving some of the most urgent problems the world now faces.

Solar technologies are broadly characterized as either passive solar or active solar depending on the way they capture, convert and distribute solar energy. Active solar techniques include the use of photovoltaic panels and solar thermal collectors to harness the energy. Passive solar techniques include orienting a building to the Sun, selecting materials with favorable thermal mass or light dispersing properties, and designing spaces that naturally circulate air.

Wind power is the conversion of wind energy into a useful form of energy, such as using: wind turbines to make electricity, windmills for mechanical power, wind pumps for water pumping or drainage, or sails to propel ships.

Wind power, as an alternative to fossil fuels, is plentiful, renewable, widely distributed, clean, produces no greenhouse gas emissions during operation and uses little land. Any effects on the environment are generally less problematic than those from other power sources. As of 2011, 83 countries around the world are using wind power on a commercial basis. As of 2010 wind energy production was over 2.5% of worldwide power, growing at more than 25% per annum. The monetary cost per unit of energy produced is similar to the cost for new coal and natural gas installations. Although wind power is a popular form of energy generation, the construction of wind farms is not universally welcomed due to aesthetics.

Hydropower or water power is power derived from the energy of falling water, which may be harnessed for useful purposes. Since ancient times, hydropower has been used for irrigation and the operation of various mechanical devices, such as watermills, sawmills, textile mills, dock cranes, and domestic lifts. Water's power is manifested in hydrology, by the forces of water on the riverbed and banks of a river. When a river is in flood, it is at its most powerful, and moves the greatest amount of sediment. This higher force results in the removal of sediment and other material from the riverbed and banks of the river, locally causing erosion, transport and, with lower flow, sedimentation downstream.

Compost Energy is organic matter that has been decomposed and recycled as a fertilizer and soil amendment. Compost is a key ingredient in organic farming. At the simplest level, the process of composting simply requires making a heap of wetted organic matter (leaves, "green" food waste) and waiting for the materials to break down into humus after a period of weeks or months. Modern, methodical composting is a multi-step, closely monitored process with measured inputs of water, air and carbon- and nitrogen-rich materials. The decomposition process is aided by shredding the plant matter, adding water and ensuring proper aeration by regularly turning the mixture. Worms and fungi further break up the material. Aerobic bacteria manage the chemical process by converting the inputs into heat, carbon dioxide and ammonium. The ammonium is further converted by bacteria into plant-nourishing nitrites and nitrates through the process of nitrification. 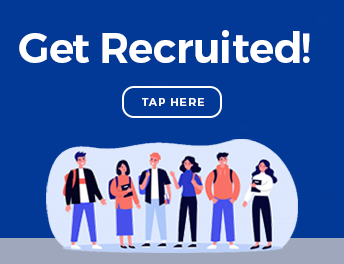