The Aviation Major is diverse as it also may include Aircraft Maintenance, Airport Logistics and Air Traffic Control. As more people take to the sky in private aircraft, learning about the business and complex logistics of aviation is as important as learning to fly or fix the aircraft. With an Aviation Degree, you can work anywhere in the country.  Most major cities have more than one airport so the opportunities are there.

Explore the tabs below to discover more about this major.

Let universities contact you about your major interests. It’s easy!

Why is this Important? 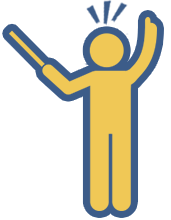 Pilots are highly trained professionals who fly airplanes or helicopters to carry out a wide variety of tasks. Most are airline pilots ,copilots , and flight engineers who transport passengers and cargo. However, 34 percent are commercial pilots involved in dusting crops, spreading seed for reforestation, testing aircraft, flying passengers and cargo to areas not served by regular airlines, directing firefighting efforts, tracking criminals, monitoring traffic, and rescuing and evacuating injured persons.

Except on small aircraft, two pilots usually make up the cockpit crew. Generally, the most experienced pilot, the captain , is in command and supervises all other crew members. The pilot and the copilot, often called the first officer , share flying and other duties, such as communicating with air traffic controllers and monitoring the instruments. Some large aircraft have a third crewmember, the flight engineer, who assists the pilots by monitoring and operating many of the instruments and systems, making minor in-flight repairs, and watching for other aircraft. The flight engineer also assists the pilots with the company, air traffic control, and cabin crew communications.

The National Airspace System (NAS) is a vast network of people and equipment that ensures the safe operation of commercial and private aircraft. Air traffic controllerswork within the NAS to coordinate the movement of air traffic to make certain that planes stay a safe distance apart. Their immediate concern is safety, but controllers also must direct planes efficiently to minimize delays. Some regulate airport traffic through designated airspaces; others regulate airport arrivals and departures.

Terminal controllers watch over all planes traveling in an airport's airspace. Their main responsibility is to organize the flow of aircraft into and out of the airport. They work in either the control tower or the terminal radar approach control (TRACON) room or building. Relying on visual observation, thetower local controllers sequence arrival aircraft for landing and issue departure clearances for those departing from the airport. Other controllers in the tower control the movement of aircraft on the taxiways, handle flight data, and provide flight plan clearances.

Many aircraft mechanics specialize in preventive maintenance. They inspect aircraft engines, landing gear, instruments, pressurized sections, accessories—brakes, valves, pumps, and air-conditioning systems, for example—and other parts of the aircraft, and do the necessary maintenance and replacement of parts. They also keep records related to the maintenance performed on the aircraft. Mechanics and technicians conduct inspections following a schedule based on the number of hours the aircraft has flown, calendar days since the last inspection, cycles of operation, or a combination of these factors. In large, sophisticated planes equipped with aircraft monitoring systems, mechanics can gather valuable diagnostic information from electronic boxes and consoles that monitor the aircraft's basic operations. In planes of all sorts, aircraft mechanics examine engines by working through specially designed openings while standing on ladders or scaffolds or by using hoists or lifts to remove the entire engine from the craft.